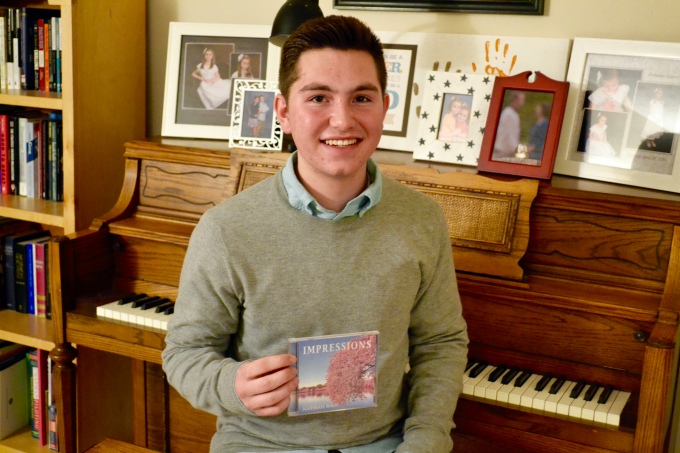 “I surprised myself by being able to write nine songs and I didn’t run out of ideas,” said Bain. “I hope people are uplifted after listening to my music and that they fall in love with it. I wanted it to be a “feel good” album.”

The nine songs are designed to tantalize every sensory emotion as each piano solo moves to the next. Imagery of nature, wildflowers, sunsets, caves and mysteries are what inspired Bain to create not just one compilation, but continued until his album was completed.

Bain has been playing the piano since he was six years-old, with the help of his mother, Melissa Bain. She continued teaching him until he reached a level that was beyond her ability. A couple years ago, Bain sought piano lessons from a Dayton piano teacher, Aaron O’Neal. Mr. O’Neal also has a recording studio in his home, which is where his album was recorded.

“I started playing with Aaron with the intention of just composing one song. But one song led to another and another, until I finally had enough to record,” Bain said.

Bain’s a little shy and doesn’t like people to hear him playing while he is creating music. So, he purchased a digital keyboard and used headphones, so his family wouldn’t be able to hear his process. Creating each song came with it’s own challenges, but he kept experimenting until it sounded right and implemented the feelings for which he was striving.

“We’re really disappointed that we couldn’t hear his process. He wore his headphones while he spent hours writing and playing,” Bain’s father, Gary Bain said. “It all seemed to come so easy for him. It’s a great achievement for a young man. He really spent a lot of time and effort on this album. We’re very proud of him.”

Bain is a 17 year-old senior who, in addition to music, loves math, STEM, programming and design. He plays soccer and is an Eagle Scout. He was born in Washington and moved around until landing in Ohio. He composed his first piano solo at the age of 12. With being a senior, he’s college bound and his future accomplishments are endless.

“Writing your own songs gives you a different perspective because they aren’t someone else’s music,” Bain said. “It allows you to create your own imagery, title and how it should sound.” It took Bain approximately a year to complete this album.

Bain’s next project may include composing a rendition of classic Christmas music. He currently gives private piano lessons in his home.

During his debut appearance at The Woods Clubhouse on Saturday, December 9, copies of his CD can be purchased for  $10. His album can also be purchased on Amazon Music, iTunes, CD Baby.com and other online music distribution sites. To learn more about his private piano lessons or to purchase his new album, please contact him at nathanbain.music@gmail.com. Proceeds go toward Bain’s college and the LDS (Latter-Day Saints) Mission fund. 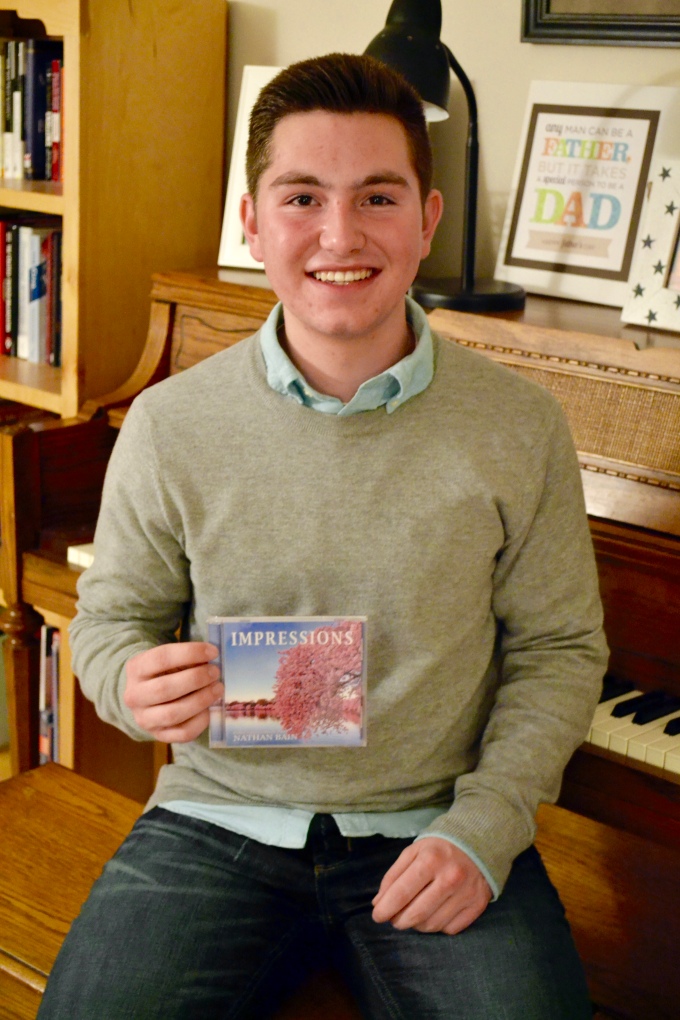