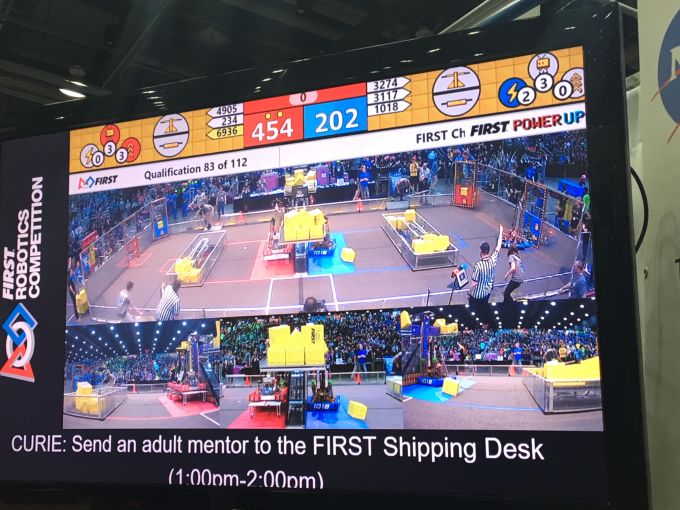 Vault 6936 competed in their first championship competition in Detroit, Michigan at the end of April and placed 29th out of 67 in their division. This is one of the many competitions to come for this innovative team of future engineers. The competition took place on April 25-28 in Detroit at Cobo Center and Ford Field. 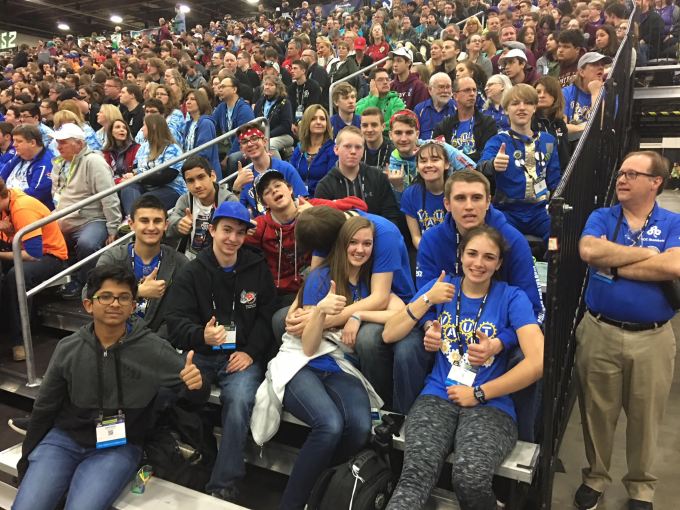 “I can say with complete confidence that I see many future GM engineers in this room,” May Bara, chairperson and CEO of General Motors and FIRST Detroit Host Committee Co-Chair woman said. “You’re a natural fit and you’re getting a head start on exactly what we’re working on today – autonomous and electric vehicle technology that will one day change the world.”

The competition had their largest attendance this year. Over 15,000 students from all around the world brought their best robots for a four-day event for the win. In addition to the 15,000 students, more than 40,000 people packed into the arena to cheer on their teams, students and everyone involved. Participant students range from ages 6-18.

“The drive team performed just plain awesome with no mechanical issues. The entire Championship experience was truly incredible. There were 409 FRC teams that competed in six different divisions and the attendance was a record of over 40,000,” Ross McNutt, Vault’s mentor and co-sponsor said. 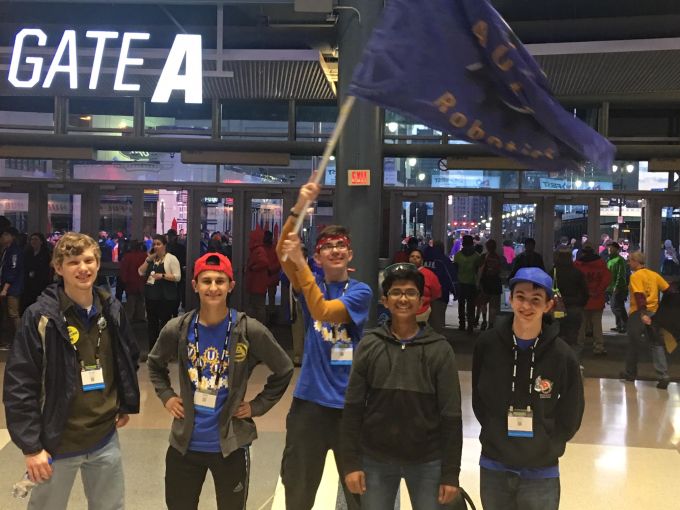 The FIRST Championship is the World’s Largest event celebrating science, technology, engineering and math (STEM). It’s very exciting for all involved and an honor to be apart of this championship event. Vault 6936, through their previous competitions, were invited to participate and they didn’t wait a second to apply.

“FIRST set up numerous conferences and resources for teams to observe and attend – including a scholarship row and innovation fair which many of our students took the opportunity to visit. The matches were “world” class and absolutely riveting. Teams from all over the world were at the event competing in FLL Jr, FLL, FTC & FRC. It was quite exciting to see all of the other teams and their incredible creations – from teams we have seen at our prior competitions to those from as far away as Japan, Taipei and Afghanistan. I hope that all of the students will remember this life-changing experience for years to come and use this to spread the message of FIRST and our team and the motivation to qualify for the Championship next season,” McNutt said 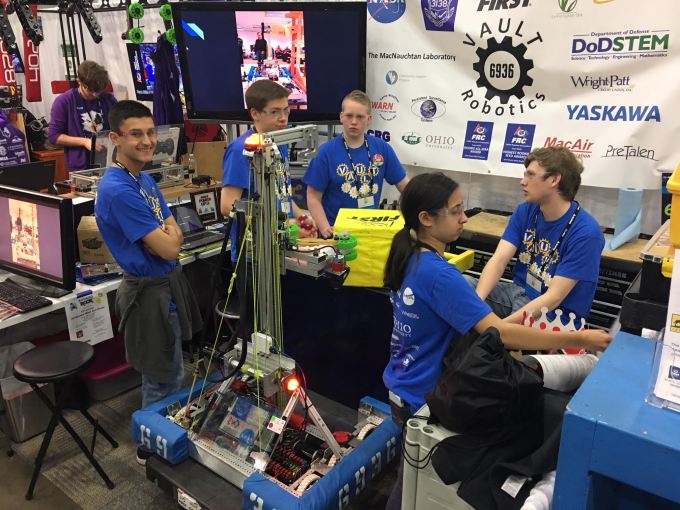 The team had another competition on May 19th, WOW District Championship at the Rike Center at Otterbein University in Westerville OH. This competition featured the top 32 teams from Western Pennsylvania, Ohio and West Virginia. This competition was only a one day event.

Although, their season has come to an end, they are already planning for the next. Especially, pushing for funds. As imagined, robots, competitions, traveling and replacement parts are not cheap and come with a pricey tag. In order to raise the needed funds, the team will start fundraising efforts very soon. They have also created a GoFundMe page.

For more information or to join, contact Vault by email at vault6936@gmail.com. To send donations or sponsorships directly to the team, mail donations to RaiseSTEM cc: Vault6936, PO Box 178, Dayton, OH 45409. Visit the GoFundMe page at: https://www.gofundme.com/high-school-robotics-vault-6936. 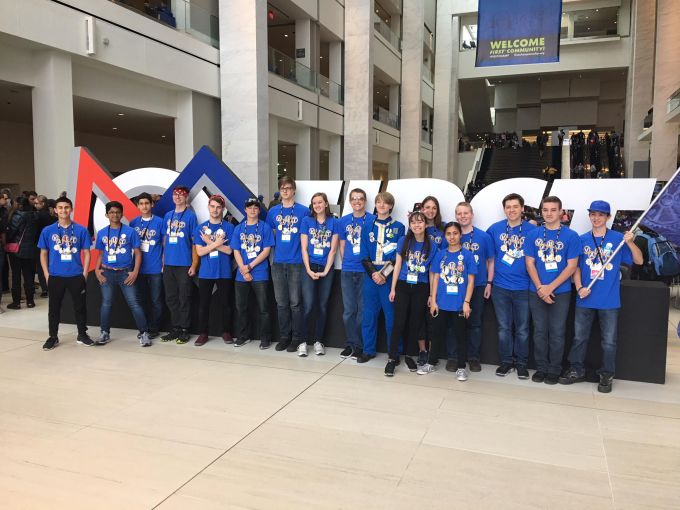