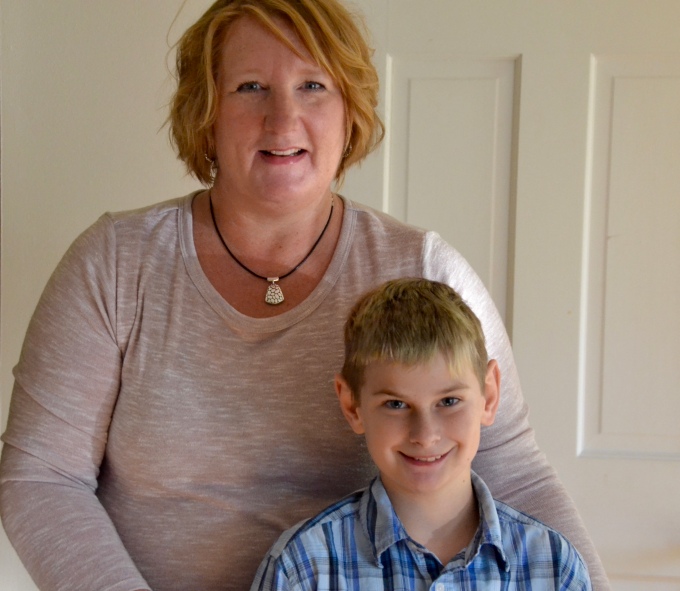 The Wagner family, Kate and Jeff with their two sons, Nick and Riley, will be hosting their first fundraising event this weekend that will help raise money for their oldest son, Nick to obtain a service dog from 4 Paws for Ability.

It begins with a huge garage sale at Mangan Banquet Center located at 1585 Grange Hall Road on November 12 from 8 a.m. to 4 p.m. The event will also have an array of vendors and hot food from the Kitchen. All proceeds go to 4 Paws for Ability in the Wagner’s account.

Kate and Jeff Wagner took in a 21-day-old infant when being foster parents with only the knowledge that his birth mother may have taken drugs during the pregnancy. After about 6-9 months, Kate noticed that Nick was not meeting milestones that were normal for his age. While working with Help Me Grow and Children Services and under their guidance, Kate began seeking care for Nick. From doctor to doctor, from specialists to specialists, getting a diagnosis was difficult. But, when Kate took Nick to Cincinnati Children’s Hospital, the doctor knew right away the issues of Nick. He was diagnosed with Fetal Alcohol Syndrome.

After doing some research, the Wagners learned about 4 Paws for Ability and the benefits a service dog would have on Nick. “The dog would provide a soothing effect on Nick while sleeping and calming influence when his anxiety is too high. The dog will also be able to track Nick when he roams off and be able to distract him when he’s repeating himself over and over again.”

“I’m so excited to get my service dog,” Nick said.

Check out Nick’s New World on Facebook at www.facebook.com/NicksNewWorld for more fundraising events or to make a donation. Direct donations can be made to: 4 Paws for Ability, 253 Dayton Ave., Xenia, OH 45385. Please put Nick Wagner in the memo line of the check when making a payment.